For some restaurant owners, their business’ name comes naturally. For some the perfect name falls on their lap, and they don’t have to think twice about it. Unfortunately, this isn’t always the case with restaurant name ideas.

Your restaurant’s name might not seem like a big deal, but at the end of the day it’s the cornerstone of your branding. Believe it or not, people who are unfamiliar with the area may choose where to eat based on your restaurant name.

The first element of your restaurant to consider when coming up with a name is your intended audience. Refer to your business plan and mission statement! Here are some examples of potential audiences, and how to speak to them with your restaurant’s name.

Children: If your business is aimed towards children (ex: Chuck E. Cheese) you may want to consider a name with a character in it. This way you can implement this character in future branding and logos. When branding to children, the most important thing is making your product or business seem “cool,” so make a character cool enough to have kids begging their parents to stop the car!

Referencing the earth, peace, or something to that effect will turn the heads of progressive-minded people in your area. Before even hearing anything about your restaurant, people might try your product out of respect for your views.

Upper Class/High End: It can be difficult to target this group for a new restaurant, especially if there are established businesses in the area with similar goals. A simple name can go a long way for this demographic. In saying this, going too simple could come off as generic, or too boring. Try mimicking other trendy restaurant names. We will discuss more about other trendy restaurant names later in the article.

The next element of your restaurant to consider when thinking of a name is your restaurant’s service style. Generally speaking, there are 3 major types of restaurants; quick service, casual, and fine dining.

If you’re a new restaurant, implying your service style in the title could be helpful to people who’ve never heard of your business before. Words like “stop” or “shack” all insinuate that you won’t be spending much time in the actual restaurant (ex: Burger Stop, Smoothie Shack).

You don’t have to spell these things out, people know from other restaurants what to expect when you use words like this. Even using the word “burger” in the title could hint to people that you’re a fast food restaurant.

Casual dining restaurants can do the same thing. By using certain words, customers will subconsciously associate your business with others that use similar words. Don’t limit yourself as much as quick service restaurants, but if you’re looking for inspiration use words like “cafe”, “bar”, “grill”, or “eatery”.

Fine dining restaurants are similar to casual dining, in the sense where you can be more creative in the naming process. However, due to the competitive nature of these restaurants there aren’t many similarities in word choice. Everyone is looking to stand out, so using proper nouns or single word names are common name structures for fine dining establishments (Ex: Giordano’s, Knife)

One of the more obvious things to consider when looking for restaurant name inspiration is the food you make. This doesn’t necessarily have to mean using food in the title of the restaurant, but you might name your restaurant based on a style of food. For example, bistro, restaurante, and cantina are all words that can be used in a restaurant’s title to infer the style of their food. 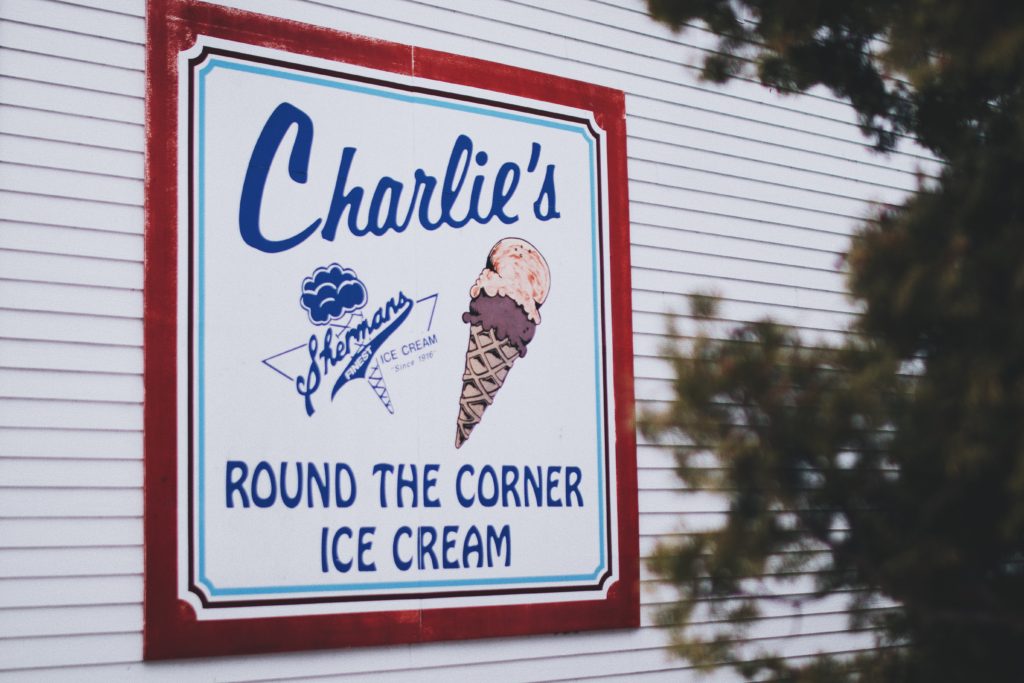 It can be extremely beneficial for a brand’s image to represent where they’re from. A lot of people are proud of where they’re from, so adding a town’s name or nickname to your restaurant name could go a long way for locals. If your town is interesting enough to have consistent visitation, visitors may see the name of the town in your restaurant’s name and try it to get the real experience of the town.

A restaurant name is likely to be permanent, so never settle for a name you’re not in love with. If you’ve considered these things but still don’t have the perfect name, here are some ways you can play with words until you get it just right.

Having a catchy name can do a lot for business, believe it or not. If a name is memorable enough it will lead to conversation. Talking about restaurants will lead to a desire to go there if the subject is hungry enough.

Try some of these literary tools when naming your restaurant for something that will resonate in customers’ minds.

Puns are tricky, because it can be easy to get carried away and lose people. However, when done right, you can come up with an infectious name that people will get stuck in their head.

An example used in fiction is Cal’s Calzone Zone. The name is a bit ridiculous, but many people would probably end up trying it out of curiosity. The name is long, but could easily be shortened to simply “Cal’s” once the novelty wears off.

Just make sure that if you’re using puns in your restaurant’s name that you’re not being too obscure. Ensuring that the name is easily understandable by your audience is a big deal, or else the entire name might not make sense.

For example, &pizza is a pizza chain with a unique name. Seeing that name walking down the street makes you look twice, because it breaks the typical rules of restaurant naming. Sometimes rules are meant to be broken.

Similar to puns, just make sure not to go overboard with the weird symbols or spelling. If people don’t understand your sign in one glance, it won’t resonate in their mind. The whole point of this is to drive conversation, and that can’t happen if you don’t know what to talk about.

Another catchy way to make your name stick is by using alliteration. This is when two words with the same first letter are put right after each other. A name like Pizza Palace is a simple example, but is effective nonetheless.

The first two methods mentioned are more of a high-risk, high-reward situation than using alliteration. Using puns and unusual spellings can have huge payouts if done right, or they could be misinterpreted entirely.

Alliterations are safe in the sense that they won’t confuse your audience. Since they’re so straightforward, you might want to use this if you’re not confident in a flashier brand identity.

Rhyming names can be hit or miss, similar to puns, but more safe. A good example of a rhyming name is Cork & Fork, a winery and restaurant in Harrisburg.

The name fits the tone of the restaurant and paints a picture of what the restaurant experience is like without even using the word wine. More importantly, the name is catchy and easy to understand.

Try doing something similar when making your own restaurant name. Spelling your restaurant ideas out word for word isn’t the point of your title. In the world of branding, it’s important to give your audience everything they need to get to their conclusion, without making it too easy or too hard. They call this giving your audience “2+2” instead of “4”, because you let the audience draw the conclusion themselves.

One word titles like these are effective because they have an air of mystery about them. It leaves the readers on a cliffhanger, they want more, and will be more likely to peek their head in the window as they pass by.

One word restaurant names are good for brands that have personality. Whether you’re a trendy hipster breakfast spot or a dive bar, a one word title could be your restaurant name solution.

The most in depth one we could find was on fitsmallbusiness.com.  If you type your name, restaurant idea, and location into the designated areas it will spit out a big list of names for inspiration. Not to mention it’s entirely free!

By the end of this guide, you at least have some rough ideas as to what to name your restaurant. 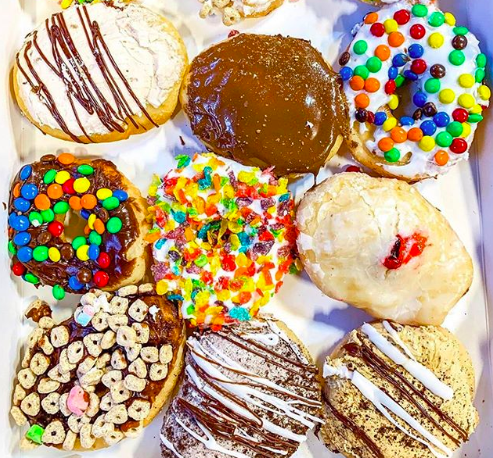 9 Best Donut Shops in Philadelphia in 2020